Lane Hall I love your work – the roadside stands, the water towers, homages to the people involved in the area. I love your amazing facility with images, especially close-ups. I am happy for you with this NPR opportunity, but not sure about it. It makes me uneasy, just as the requests for OLB as advert (regardless of the affiliation) has done the same (which we haven’t pursued as a general policy)… I do respect that you must have done some soul searching to do this, and came out with it as a personal positive, so am not saying this to rain on the parade here, but it really does change your work!

me:  lane, thanks so much for your feedback. interestingly, i’m at “into action” in l.a. this weekend where the feeling of being a sell out is exacerbated. one of the factors that led to my agreeing to take part in this project is the consent of all the people photographed who for the first time were reimbursed for the use of their imagery. while i see the npr project as a one off opportunity i will continue doing the work i’ve been doing for marginalized communities.
Lane:  thanks for the response. I was hesitant to write what I did, because I don’t want it to seem a critique or accusation of “sell out.” Indeed, I think that such a term is ridiculously low on nuance. I am more concerned about how such a corporate sponsor repositions the work, and not just that specific work, but the work that leads up to it, and indeed, continues. Of course, repositioning happens with everything – gallery shows, museum shows, more “grassroots” sponsorships than NPR… all of those bring baggage.
Lane:  But I do want to be clear in my appreciation for all that you are doing. You can’t imagine how much your work inspires me, even, and especially, in these dark times!
me:  interestingly, i don’t get to have this conversation with folks and am appreciative of the opportunity. i’m sure there are others who identify me as a sell-out but who haven’t shared it. in this ad npr was looking for inclusivity and representation of communities frequently overlooked and/or whose representation in media is negative. as a morning edition listener i was happy to get the opportunity as my photography has always been about challenging mainstream narratives. whenever i get money from my art related projects i use that money to bring artists to the reservation to create art. this includes indigenous artists. having no other paying projects lined up this year this too was a factor in deciding to do the ad as it’ll allow me to continue the painted desert project. and as i mentioned before it helps that the people photographed were into it.
Lane:  Great to hear about the feedback loop regarding funding going back into community projects.
NPR is a strange one…. it seems to have gotten more and more corporate and “let’s hear both sides” as a kind of false narrative of balance, yet at times it is exceptional. It is especially important in non urban communities (used to keep me sane as a carpenter working in non-urban areas). Have you thought of trying to do fundraisers that would go directly into Painted Desert Project Funds for “scholarships” to bring in artists? I just followed Radical Mycology’s funding to start a school (online) in Portland… man, they did really well… made their goal (65k) in three days, ended with twice that!

me:  i wish i had the time to pursue seeking nonprofit status and to do fundraising and grants. as a one person operation working a 40 hour a week job whose primary passion is just getting work up i can’t do it all. sadly, i’ll have more time to pursue this once i retire but i’lm no longer be living on the reservation. with regard to the ad, i wish it’d been for “democracy now” or “free speech tv” but alas, it was npr. i guess the question is if i were given the opportunity to do this again, would i? at this point i don’t know.

Lane Hall Thank you for not taking offense. I should be clear (for other commenters) about how much your work means to me.

me:  Lane, talk more about how doing this project with NPR and the ad agency changes the work.

Lane Hall When your work is an image of a person that you know, and it is independently applied to a structure in the area you live, it has a quality of completeness… it has no other need than itself, it indexes nothing but its own visibility, that of the person, the location, the action of making visible. This would be true even if you came to my community and worked with people here, it would simply be a different relationship. However, when your work is part of a sponsored campaign of visibility for a function like NPR, it becomes indexical, pointing both to itself, but also to NPR. In such a system, the sponsoring entity pays to have the aura of your authenticity glow onto them. They are paying for your energy, in a very real sense. The primary index (work as a means to itself) can get lost in the secondary index (work as a means towards NPR’s identity campaign). This isn’t a horrible thing, as they in turn give you energy (money) that you can use for further projects, but this is how it changes the work. The work shifts in “ends and means” terms… from an end in itself towards a means to some other agency’s ends. You become absorbed into their spectacle, to put it in Situationist terms…
me:  again, thanks for this. by extension of this argument any work that isn’t context/place based loses authenticity. for example, the image of stephanie that i pasted in reno that came from a campaign to raise awareness about a sacred site in flagstaff is also inappropriately used?

Lane Hall I didn’t say anything about “appropriate” or “inappropriate” use, merely that these things change the location of the work’s meaning. The example you give above seems very consistent with the intentions of your work. The sacred site (example) is quite different than a large corporation (even a not-for-profit). Using my “double indexing” idea, the large corporation’s needs begin to eclipse the imagery itself (hence, the “absorption into spectacle”) while the sacred site awareness campaign is deeply connected to the imagery (a much closer relationship) and doesn’t absorb the image into spectacle. But I don’t know, what do you think? Does it feel different?

Lane Hall btw… we collaborate with small social justice groups all the time… even larger ones like 350, MTEA, etc… so I think about this a lot. It might well be that the benefits for a project like NPR far exceed the tradeoffs… in a good way beyond $$, such as visibility for other projects, helping you build a reputation beyond what you already have, which in turn, helps all other less visible projects… these are all judgements that we, as artists, are fortunate to be able to make!

me:  dude, thank you again for engaging me in this conversation. it’s all a learning experience.
Lane Hall is a Milwaukee, WI based artist, activist and mycology enthusiast who is cultivating and foraging mushrooms.  He founded the activist organization Overpass Light Brigade (overpasslightbrigade.org).  More information can be found about their work here:
“be the change” = https://vimeo.com/214923058
“enbridge line 5” = https://vimeo.com/214922034
Test markets for the “fully awake” spot include Salt Lake City, Phoenix, Austin and Philly.

← we are the people who are darker than blue (art space – new haven, ct)
new screen prints! → 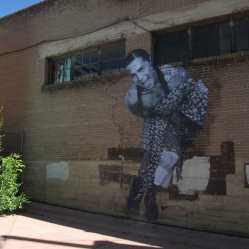 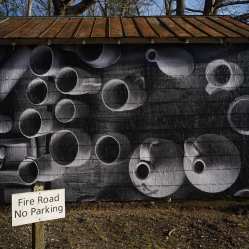 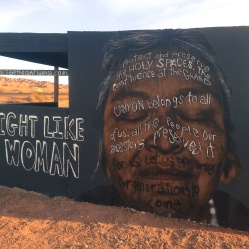 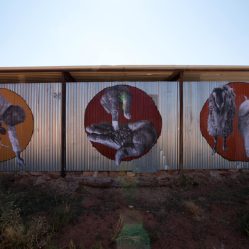 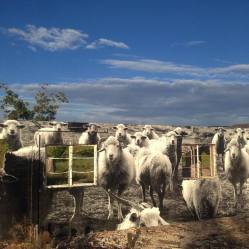 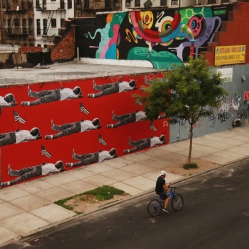 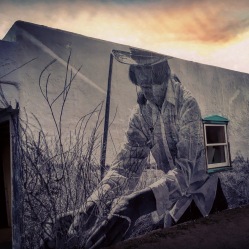 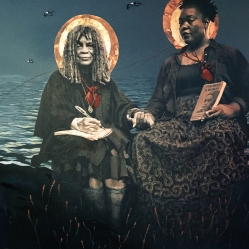 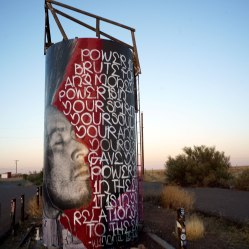 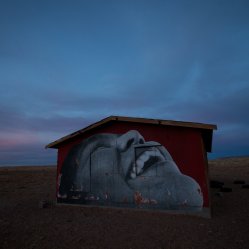 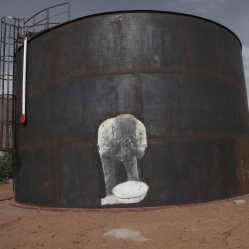 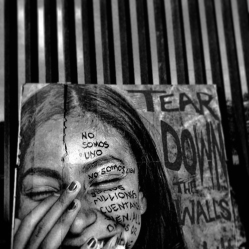 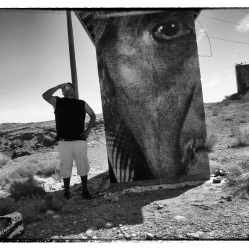 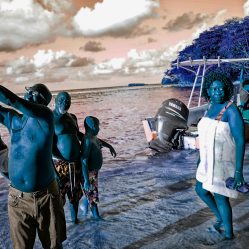 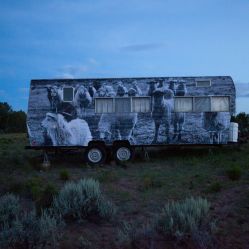 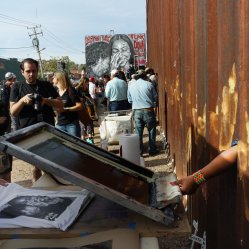 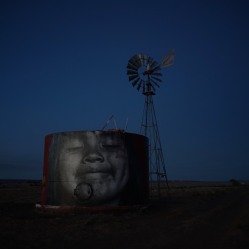 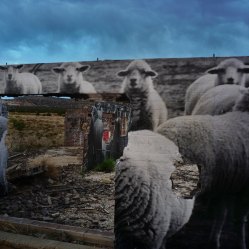 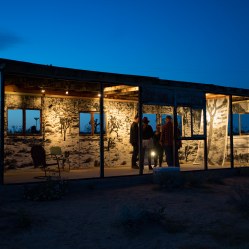 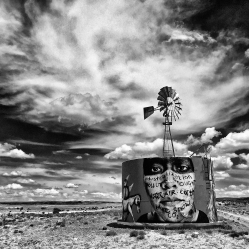 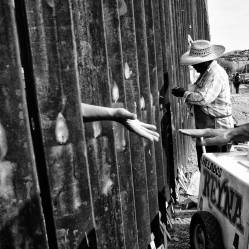 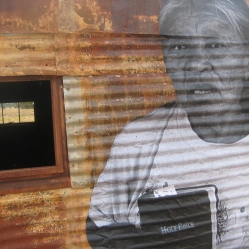 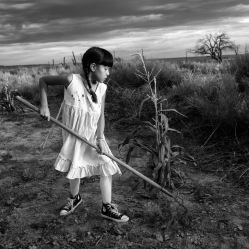 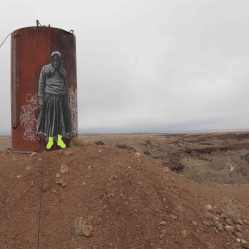 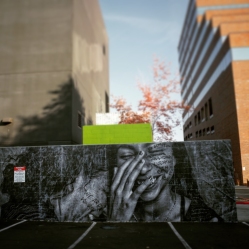 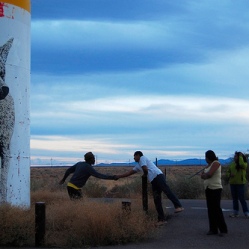 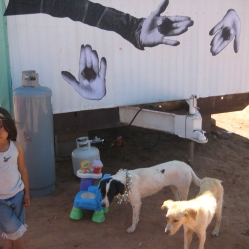 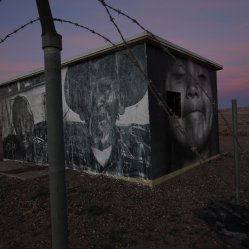 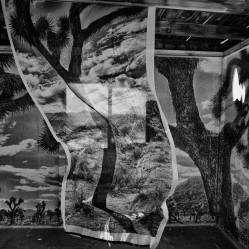 walk around at gray mountain (june 2018)